Your Company May Be Tweeting the Wrong Way 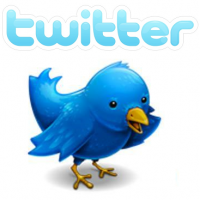 Is your company on Twitter? If so, you may be doing it wrong.

For the last few years I have watched Twitter with great interest, used it to stay in touch with friends and family and followed news makers and news reporters for the latest information on topics I care about. I've also done a fair amount of watching and listening to see what really makes Twitter effective. And here is the bottom line:

Twitter is about people and what they do between the moments you interact with them in person.

Companies and organizations who use Twitter often use it to sell a product or service. That is not what Twitter is about. It's not the wrong way to use Twitter, but it's not what people want from Twitter.

If your company has a Twitter account there is no reason to deactivate it, but a much more effective method is to get the people in your company engaged on a personal level. Encourage them to tweet on a regular basis to build their own personal brand. As they develop followers they will communicate, over time, their experiences with your organization. Followers appreciate real tweets about the lives of the people they follow more than the canned, polished 140 character press releases from corporate America.

One more thing, Twitter is often a venue for some pretty humorous exchanges. If your company CEO has a sense of humor, encourage him or her to express it on Twitter. People respond to humor.  It is disarming, compelling and more interesting than most other types of tweets. You don't have to make every tweet a knock knock joke or limerick,  but humorous observations from the suit and tie crowd are endearing and reveal a side of the person that isn't always evident.

I have exciting news to share. I am excited to announce that the Williams Web team has joined Lift Media Group effective November 1, 2020. I wanted to tell you a bit more about the mindful, diligent efforts that have gone into this process that has a singular aim – continuity with absolutely no hiccups for our valued clients.

For nearly a decade, I have worked with members of the Lift Media Group team, utilizing their excellent digital marketing, content writing, and public relations expertise. They have always strived to serve friends and clients well. I have consistently been impressed by their skill, honesty, candor, and faithful spirit. So what changes? Very Little. The name on our invoices will be different. A couple of processes will change. But every member of the Williams Web team, including myself, are still at work to ensure the continuity and service you have always received from us. Because of the expanded services of the team, I believe you’ll even see added service and value. We’re delighted to be a part of the team!

Please feel free to contact me if you have any questions. I’m personally committed to making this transition as seamless as possible for you, and I’m confident you will be pleased with the outcome. From the bottom of my heart, I appreciate the trust you have placed in me and Williams Web.